I've gone floral today and used the new Just Because dies from Concord & 9th to make a pretty framed scene.... 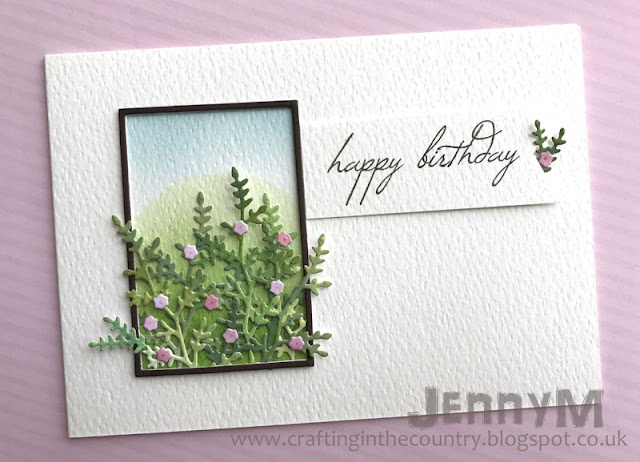 Apologies for the photos, the lighting wasn't great when I took the them!

I've used one of the leafy dies and cut several from a piece of card that I'd sponged with various greens from the distress line.... I love that technique as you get such a variation of colour on each die cut. 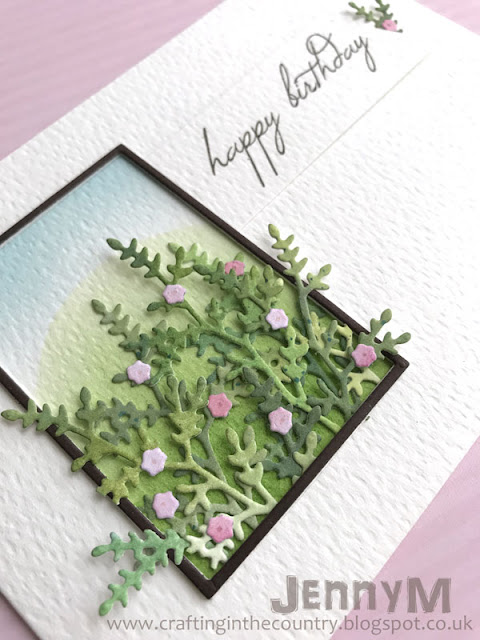 I cut a couple of the thin frames using cream card and one with brown for the top layer of the stack then glued the stems behind the frame, allowing some to  peek over the edges.

To create a hill and sky in the background, I used the waste piece of card from cutting the frame as a mask to sponge inside... 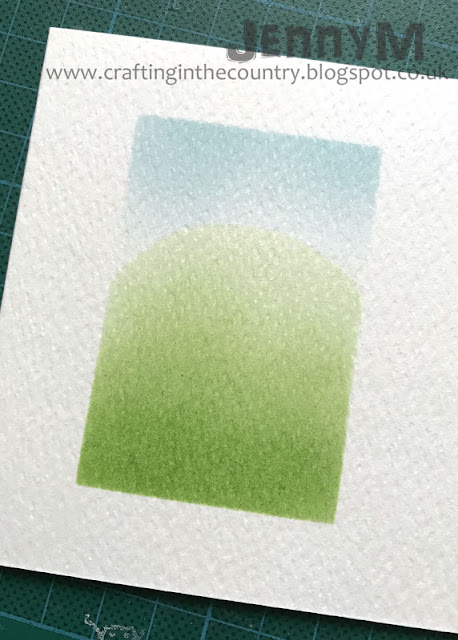 That's what a whimsical meadow looks like in my imagination :)

I added the framed flowers over the top and then stamped a sentiment from Altenew's Birthday Greetings onto a separate piece of card. I adhered the banner with dimension at the fishtail end so I could tuck an extra leafy sprig and flower at that end of the sentiment. 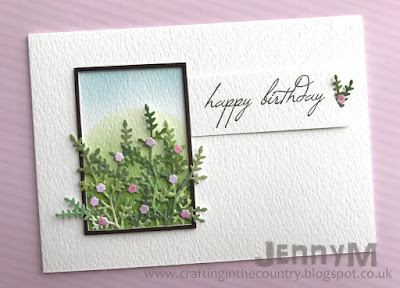 I'm holding on to that thought of meadow flowers and summer days for now...
it'll help me get through the cold snap this week :)

Thanks for stopping by :)
Jenny x