Pantone Colour of the Year 2019

Happy New Year to you all!

For my first post of 2019, I keeping with my tradition of sharing a card that's inspired by the Pantone Colour of the Year. This year it's Living Coral, which is described by Pantone as 'an animating and life-affirming coral hue with a golden undertone that energises and enlivens with a softer edge'. 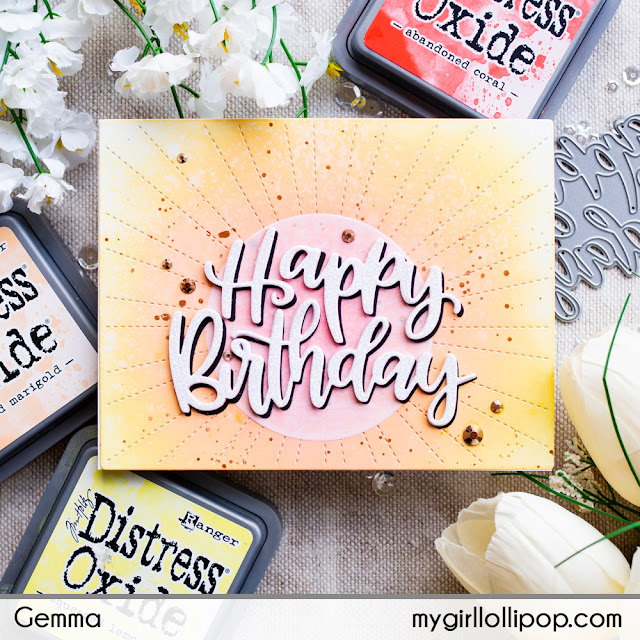 I began by die cutting the Reverse Confetti Stitched Rays cover die from white card. To this, I added a blend of distress oxide inks in abandoned coral, dried marigold and squeezed lemonade. I faded out the colour at the edges, then flicked the panel with water and bronze perfect pearls for some details. 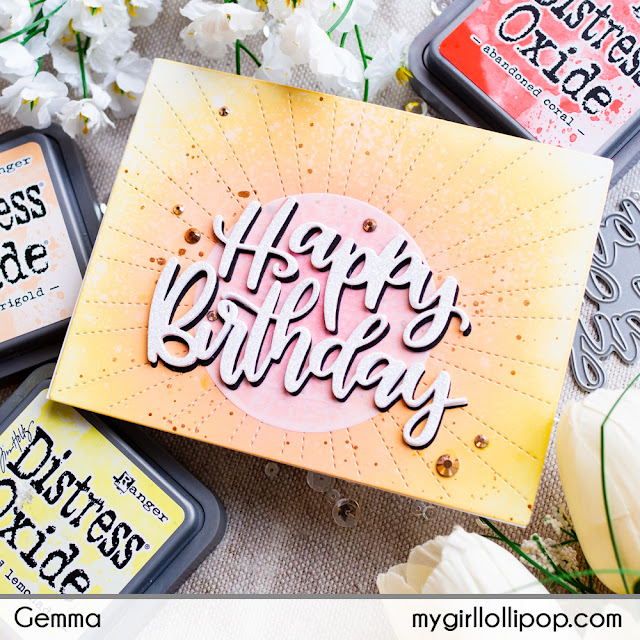 For the sentiment, I die cut the MFT Happy Birthday script die from several layered of white card, and once from black. I layered these together with the black layer offset for a shadow.

I tried adding a coral patterned paper die cut to the top of the sentiment stack, but it wasn’t really standing out against the background. So instead, I layered some white glitter card on top for a sparkly look. 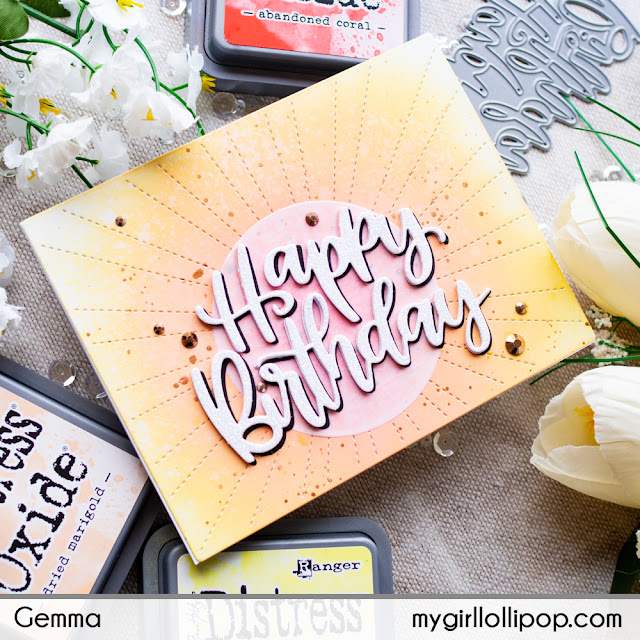 Before adding the word die to the card, I adhered a vellum circle onto the panel, to help the word die stand out a little more. An easy way to adhere vellum is to add some stick it adhesive sheet behind it first, which isn’t visible like other adhesives. 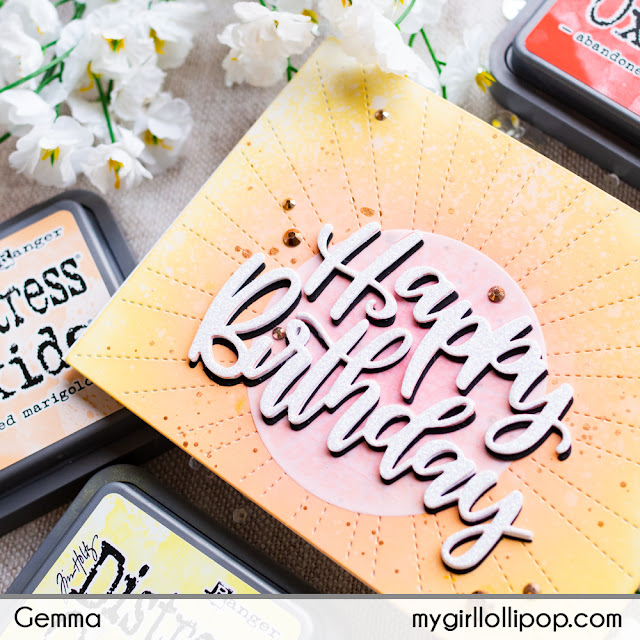 Have a lovely day,
Gemma