I've made something a little different today using the new dies and embossing folders we got in store from Echo Park.  The die I've used looks like a mini popcorn box and would be great for parties (it measures 5.5cm at the bottom, 6.5cm at the top by 11cm tall when made up) but I actually wanted a little tub to store my blending stumps in which was prettier than the loo roll with washi tape over the bottom I had been using! 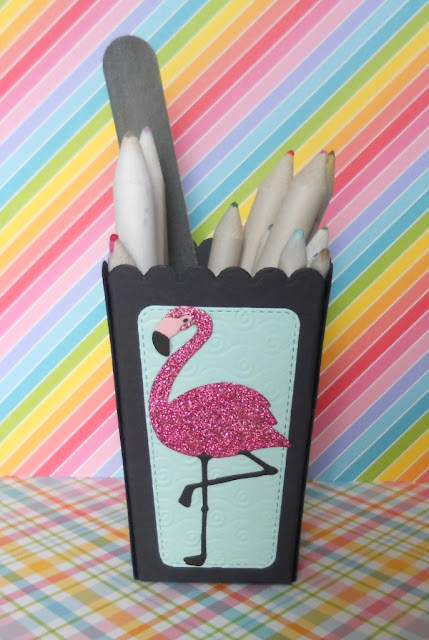 The die includes 3 elements - the box sides (you cut 4) the stitched decorative side panels and a banner die which I didn't use but would be perfect to put names on if you were using them for parties.   I used a really thick (350gsm) navy card for the box itself and cut it 4 times - trimming off the "tabs" from 2 so you get nice flat corners when you stick it together. 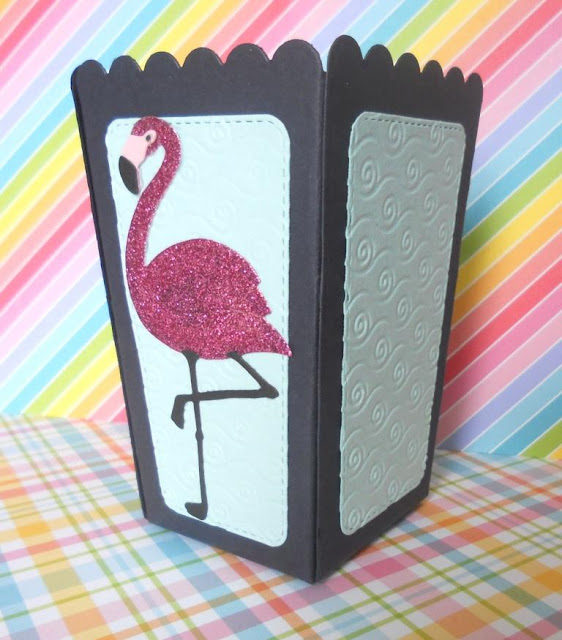 I then die cut 4 panels using the stitched die from aqua card stock and ran those through the Ride the Wave embossing folder after die cutting to get some extra decoration - embossing folders aren't so trendy these days but they provide so much detail so quickly I still love them! 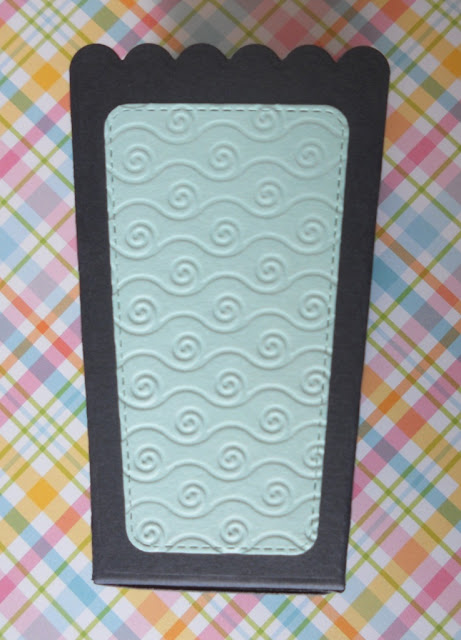 To add something extra to the front, I used another new Echo Park die - their gorgeous flamingo which is a 3 part die but it cuts 5 different elements for you to layer up - the bird, the beak, the flash behind the beak, the eye and the legs.   I die cut it from pink glitter card but then went over it with a couple of copics to get some shading. 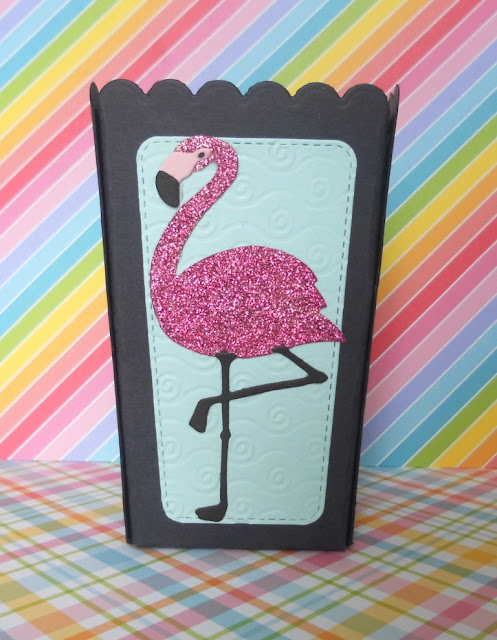 I do love a flamingo, especially in glitter! 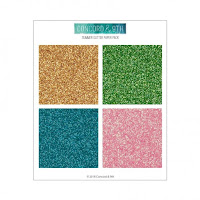 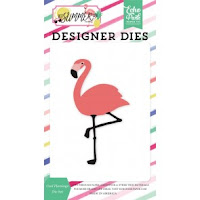 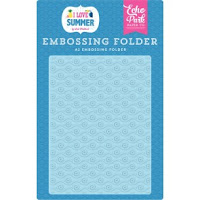 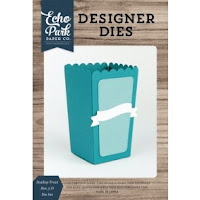