A Tunnel of Trees

I've just finished adding the latest (April) add-ons to the Hero Arts My Monthly Card Kit and it's one I've been longing to arrive as I love it all, but in particular I wanted to create an alley of trees with the gorgeous new Tree Arch Fancy Die. 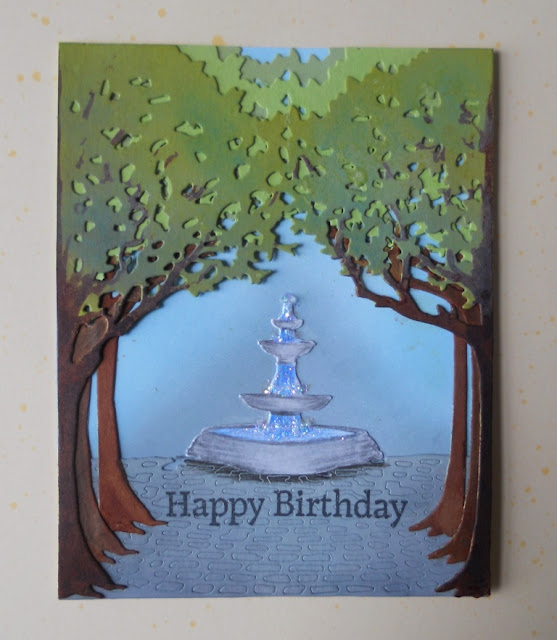 To get the most from these dies I wanted to layer them up so I cut 3 from 3 shades of green card (starting with my darkest and getting paler as I go back for natural perspective) and coloured the trunks in shades of brown again getting paler as I went back.  I also did some random inking on the one that would be at the front to provide some variegation to the leaves.   The trick to getting a fully layered look and perspective is to then chop the trunks from the leaves as this allows you to alter how you layer them. 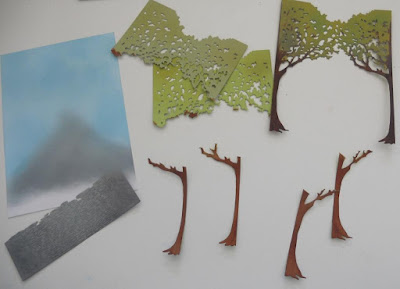 I made a base card from white card and ink blended some blue over most of it, but putting a triangle of grey at the bottom - this was so I could extend the path I cut using the other new European Village Die which I carefully cut so I kept all the pieces in place and then also inked with greys and black.   The triangle again adds perspective and suggests the path continues by providing a central vanishing point.

I then stacked up the trees, putting the palest leaves at the top of the card, then adding the middle shade 1cm below and finally the "joined" trees 1cm below that, and then stacked the loose trunks behind moving each slightly towards the centre as they went backwards (hard to explain but I think the picture is self explanatory)   I trimmed off the leaves to the top of the "joined" trees so you don't have odd "flat" bits where they wouldn't be naturally.

The focal element fountain comes from the other new die in this release - European Plaza and I just cut it from white card and coloured with 3 grey pencils to get some roundness to the stone and then used a couple of shades of blue for the water - making "down" strokes with the darker shade emphasise the falling water.  I then went over all the water with crystal stickles and used icicle stickles which has thicker glitter to create the "splashes" which makes it come alive. 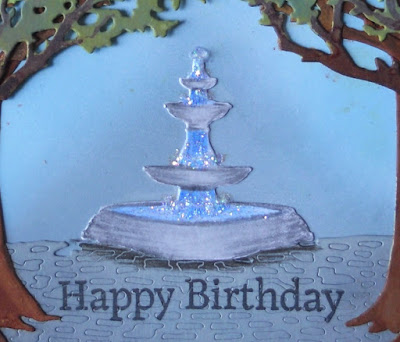 The sentiment is also from Hero Arts from their super useful "Occasions" mini stamp set. 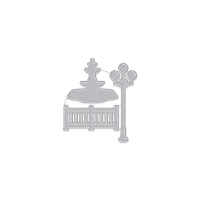 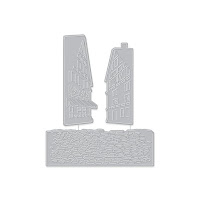 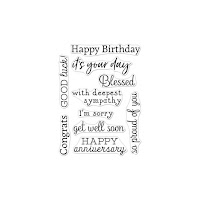 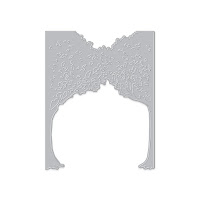 Despite it being the Bank Holiday, we will be working a little to catch up as we have lots of new stock that needs to be added to the store.

We have ordered the upcoming releases from Concord and 9th, Hero Arts May Kit and 45th Anniversary release, Avery Elle and Lawn Fawn.  All due later this month.

Right lots to do so best get too it!