Crafty Friends are the BEST!

I've got a fun post today where I am sharing not only the cards I've made for today's post, but also the cards I've received from customers in the post this weekend.   Some of our wonderful customers in our VIP group have declared the 7th of the 7th to be International Seven Hills Appreciation Day [blush]  We were really touched by the idea and cards have been arriving for the last few days so I kept them and opened them in bed this morning.   What a way to start the day!   Thank you to everyone who took the time to make and send us a card - we love them all! 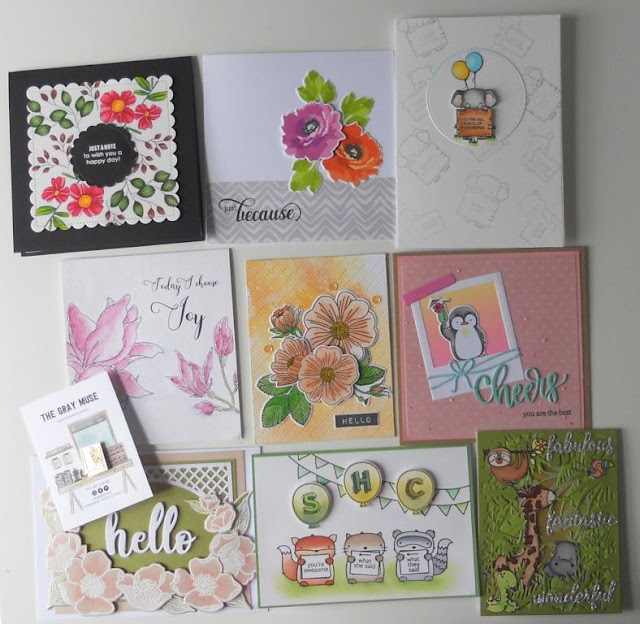 So for my post today I thought I would use the new "crafty" stash from Hero Arts as crafty friends really are the best you can have!   So I took the theme of rainbows (it is pride weekend too) and paired it with Crafty Messages and the crafting border and played around with a few different methods of making rainbow backgrounds using liquid watercolours.

First off I went fairly simple and just allowed the colours to "run" down a sheet of watercolour card stock - give it a bit of a spray with water and then just drop a drop of each colour at the top holding the card vertically. 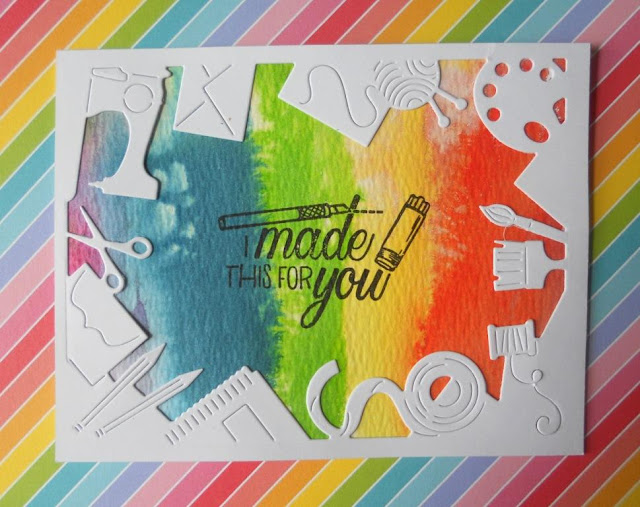 Once dry I added the die cut frame in white and stamped the sentiment in the middle in versafine onyx black.

For the second one, I decided to see if I could "spin" a rainbow so dug out my little used cake decorating turntable, but if you don't have one you can make a simple version using marbles and a couple of plates (check YouTube for DIY lazy susans).   I added the inks in circle in the centre, sprayed with water and then spun the turntable - make sure you cover your table with newspaper - it will get splattered! 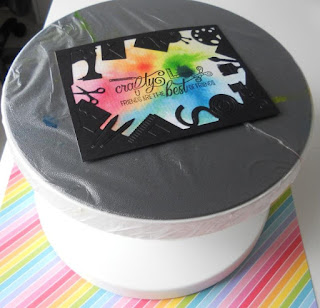 You can see that the teal ink was a bit too dry so there is a dark spot where it didn't spin, but its not bad for a first attempt - I will see what else I can do with the turntable now I dug it out.  This time a black border - not sure which I prefer, might try grey next, and another sentiment from the same stamp set. 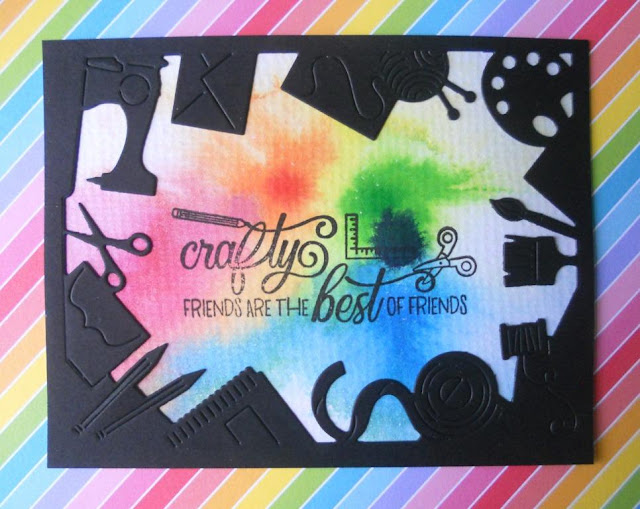 For the final background I dug out my hand air brush tool which is designed to get an airbrush effect from markers, but as it puffs air you can use it to blow around colour too (or use a straw if you've not got an air brush) 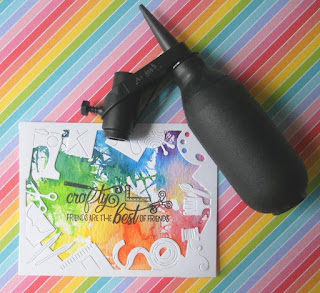 On this one I didn't wet the paper all over.  I wanted more colour separation so I did the red, then the green, then went back to orange when the red was nearly dry etc.   I just added a drop of colour, a tiny spritz of water and then puffed away directing the tendrils of colour where I wanted them. 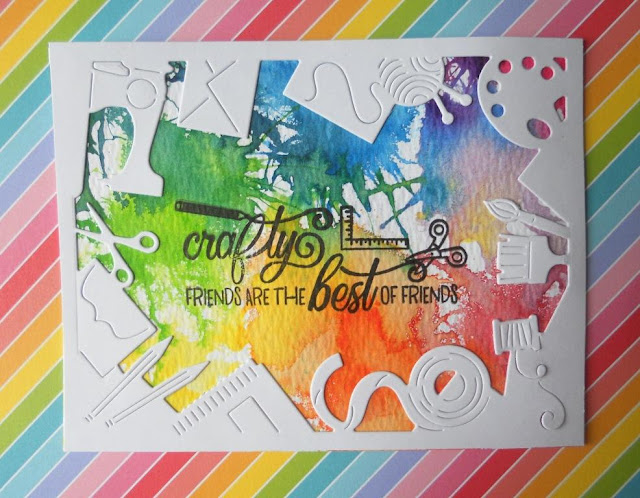 I think this one is my favourite but that's because I'm a control freak and don't do well with random outcomes - this one allowed me to control the colour much more, but the spinning was the most fun!

So - if you don't know what to craft today, why not try to spin or blow or drip a rainbow? 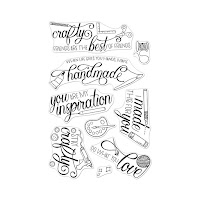 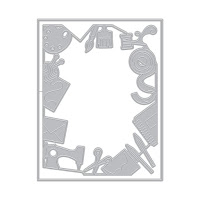 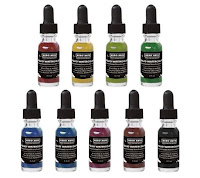 It's going to be a busy week for new stock:

That's all the news for this week - catch you next Sunday.