I've got a fun technique today - multiple stamping of sentiments to fill your card or create a background and the new sentiment set from Mama Elephant which shrinks down some of the popular flourish sentiments that were individually on other sets into one stamp set - Paola's Wishes - is the PERFECT stamp to play with for this technique.

First of all I did a card where only the sentiments are used - by changing the colour of the central one it makes it the focal element of the card.   I stamped and embossed the mustard happy birthday in the middle (Fossilised Amber oxide ink plus clear embossing powder) first and then cleaned the stamp and used the palest grey from the Rock Collection by Altenew and stamped the same sentiment around the focal image - starting closest to it and working your way out stamping close together so the sentiments tessellate and fill the background with as few gaps as possible.   You could twist the image and rotate it for a different look too.  I mounted it onto a base made from Narwhal cardstock - the darker edge helps draw your eye to the focal point as the rest of the card is very pale. 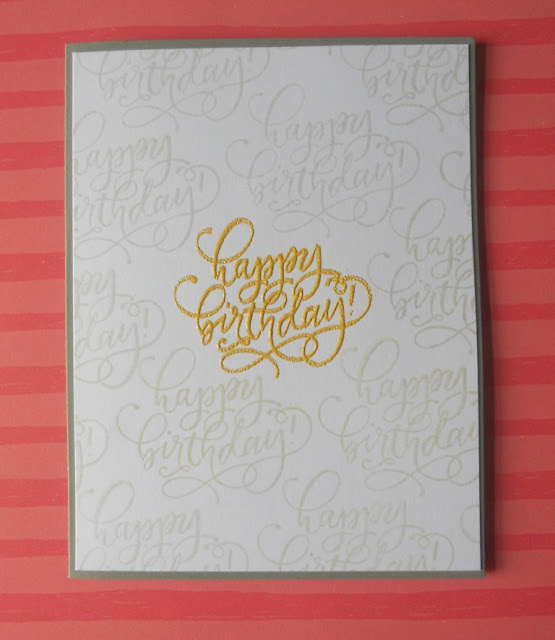 For the second card I used the sentiments to form a background for my die cut cake using the Cake Layers Die from Concord and 9th.   I started in the same way as the Happy Birthday, stamping the first "wishing you" in the middle of the card using silver stone again from Rock Collection by Altenew so the background was more visible buts till not too strong for the focal image.  To complete the sentiment I added what I was wishing the recipient by selectively stamping a sentiment from Mama Elephant's Birthday Messages as I didn't want the work "have" in my sentence. 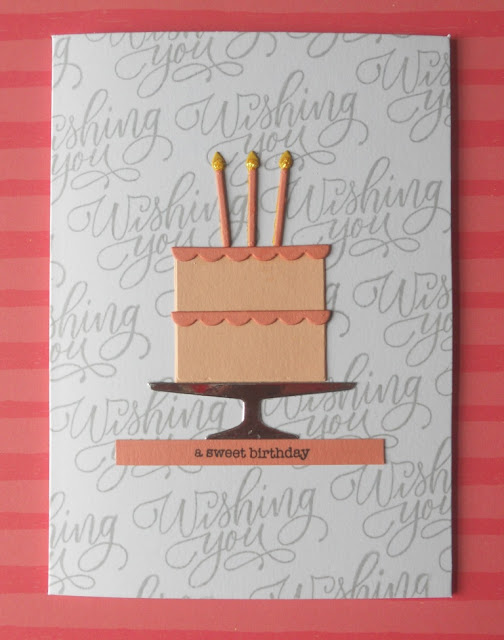 The wishing you sentiment is a really useful one - you can wish people lots of things!   So I did another version this time for Christmas. 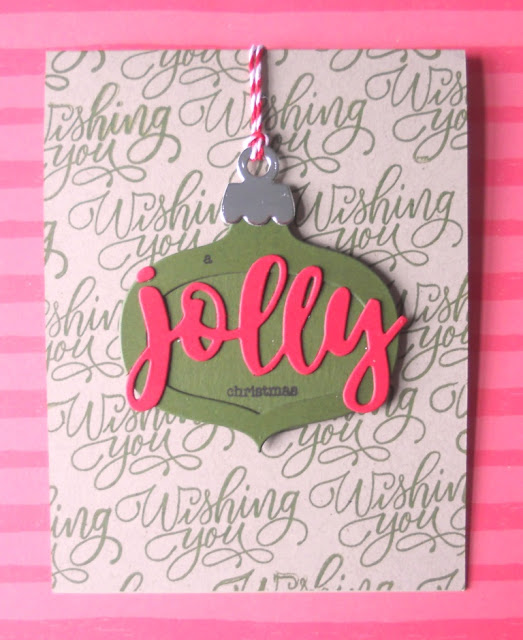 I stamped the sentiment background directly onto a top folding sand card from Hero Arts using Versafine Clair Shady Lane.  For my focal point this time I used a bauble cut from Palm cardstock using the fabulous Ornament Shaker Die from Newton's Nook.  To create the sentiment I used the jolly word from Concord and 9th's Jolly die cut from cherry cardstock and combined it with a mini "a" and "christmas" from Mama Elephant's Holiday Messages.

I hope I've ins[ired you to try this technique - it's really a fun way to make the most of your sentiment stamps - they can do so much more than just be a single line on your image! 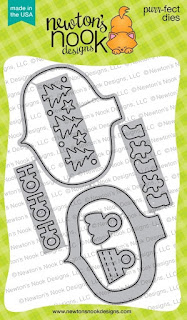 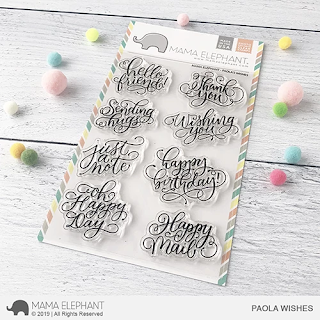 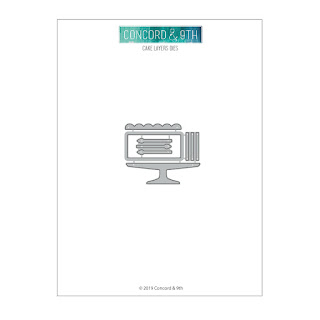 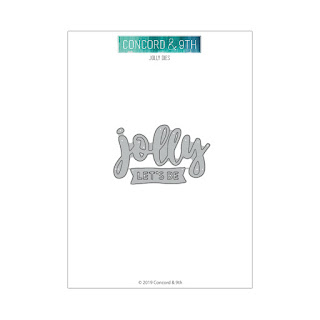 We've caught up on the massive order backlog created by Mama Elephant's release last Sunday but we are still a little behind the pump on adding stock so we still have stuff we opened last weekend that is not yet added to store.  Will get stuff on as quickly as we can this week.   We have:

The new release from Stamping Bella - we're actually working on that today and hope to have it finished and in store by tonight or tomorrow.

We still have the Hero Arts August kit to add - the September kit is due at the end of the month.

The Flora and Fauna delivery has finally arrived after some customs clearance issues - will work on that as soon as possible this week.

We still have some fun new wooden items - will catch up on those as soon as I can.

We have to deal with some stuff relating to my Mum's passing on Tuesday so won't be in the office much at all that day which will again slow us down - can't be helped.  Sorry.