I'm a huge fan of geometric patterned dies - especially when you can see ways to carve them up and stretch their use and so I couldn't wait to get my sticky mitts on the new Mod Circles Cover Up Die from Lil' Inker Designs.   It's very versatile - you can use it as a full background, do some faux layering techniques with it - or as I have here, die cut it once, cut it apart and make two cards from one die cut!

I cut the die from Adriatic card from Hero Arts which is probably my favourite shade.

For my first card I needed a get well soon card for a friend, so simply used a trimmed panel from the die as a background strip to sit my character on.  I could have used the whole die cut to cover the base of the card, but I wanted "space" to sit the character in and to stamp the sentiment directly to the card.  To frame it, I used one of the strips I cut off the die for my second card to edge the right hand side of the card.

The fabulous characters is from Stamping Bella and is called Edna to the Rescue - I love her huge plaster!  She was coloured mostly with Altenew Set D Markers, except for the flesh tones and plaster which I used copics for.  I added a little glitter to her wings.  I die cut her using the co-ordinating die and then took my craft knife to the space under the plaster between her arm as there was too much white and it bugged me but you could happily skip that step if you're not a pedant like me.  The sentiment is from the same stamp set. 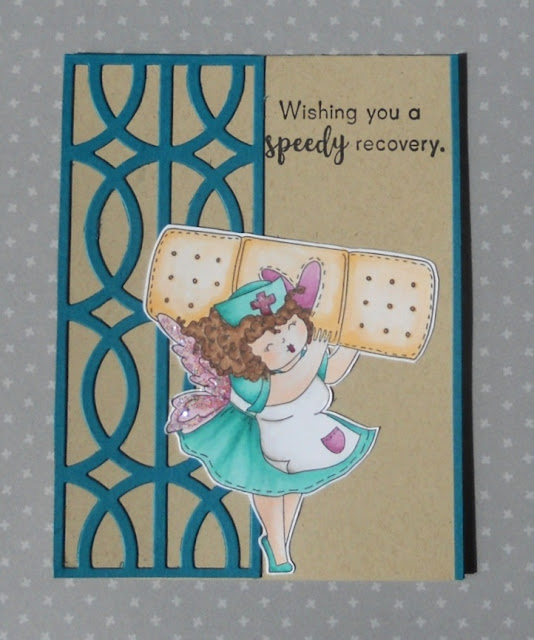 For the second card I wanted to go masculine so decided to just let the pattern do the talking.  I trimmed a row of circles so there were no straight edges and glued it to the bottom of my card.  I then took all the pieces I'd poked out and pressed them directly onto my versamark pad before dipping them with tweezers into my copper embossing powder.  I think the copper pairs so well with the dark teal card.  I gave each piece a double coat so it was nice and thick and shiny and then glued each into place once cool. 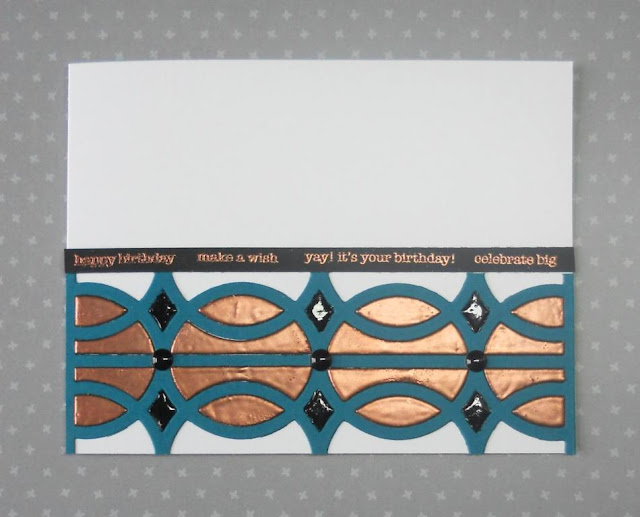 To give it an extra manly feel I added black diamonds - I just coloured the teal pieces with a black marker rather than doing another die cut and then added glossy accents and 3 round enamel dots inbetween.

For the sentiment I stamped several birthday messages from Mama Elephant across some black card and embossed them in copper to bring it all together. I think it gives quite a simple and elegant "can be sent to anyone" card that is always handy to have in your stash for those requests we all get for a cards from time to time. 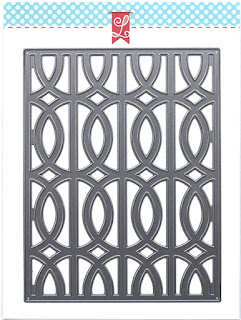 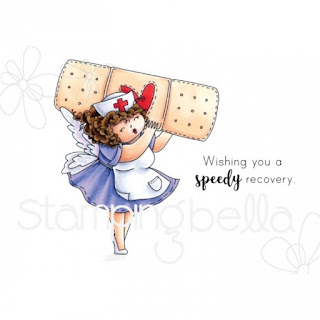 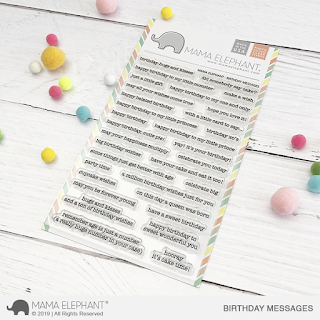