Hey there, Tallie here for another Wednesday card. Today I kept it simple with a one layer card featuring Winnie & Walter's Party On set. Who doesn't deserve a cute birthday parade on their special day? 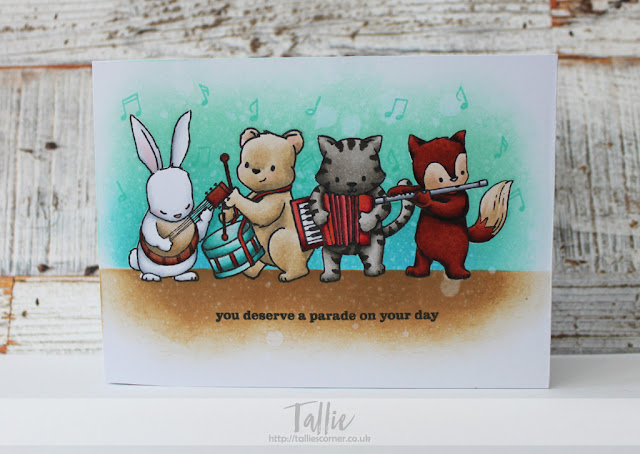 I started out by stamping all four of the musical animals in the set onto an A6 side folding white card base using some MFT Black Licorice Hybrid Ink, stamping the two outer animals first and masking them off to give the impression that they are in front of the others. I then masked off the ground just above their feet and blended on some turquoise ink in a gradient, before reversing the mask and inking on some brown to ground the animals. To give that added bit of texture I flicked on some clean water and dabbed the drops off with some kitchen towel. 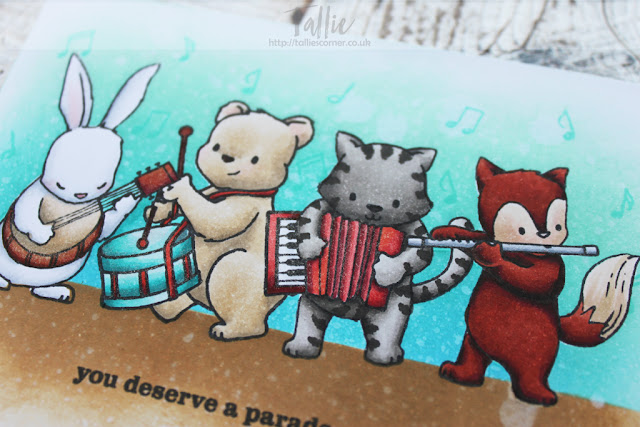 Once dry I removed the masks and coloured in the animal musicians with my alcohol markers. I kept to the same colour scheme of teals, browns, reds and warm grays and then added a layer of Clear Wink of Stella over the animals. To give some more movement to the card, I stamped out several of the musical notes included in the set in some teal ink. I finished off with stamping the sentiment from the set underneath the parade.

Cute little birthday parade! Which animal is your favourite? I love foxes and I used to play the flute so I'm picking little Mr Foxy on the end there. 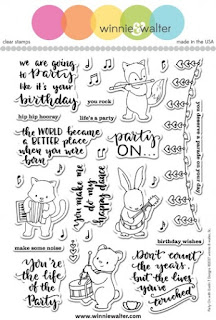